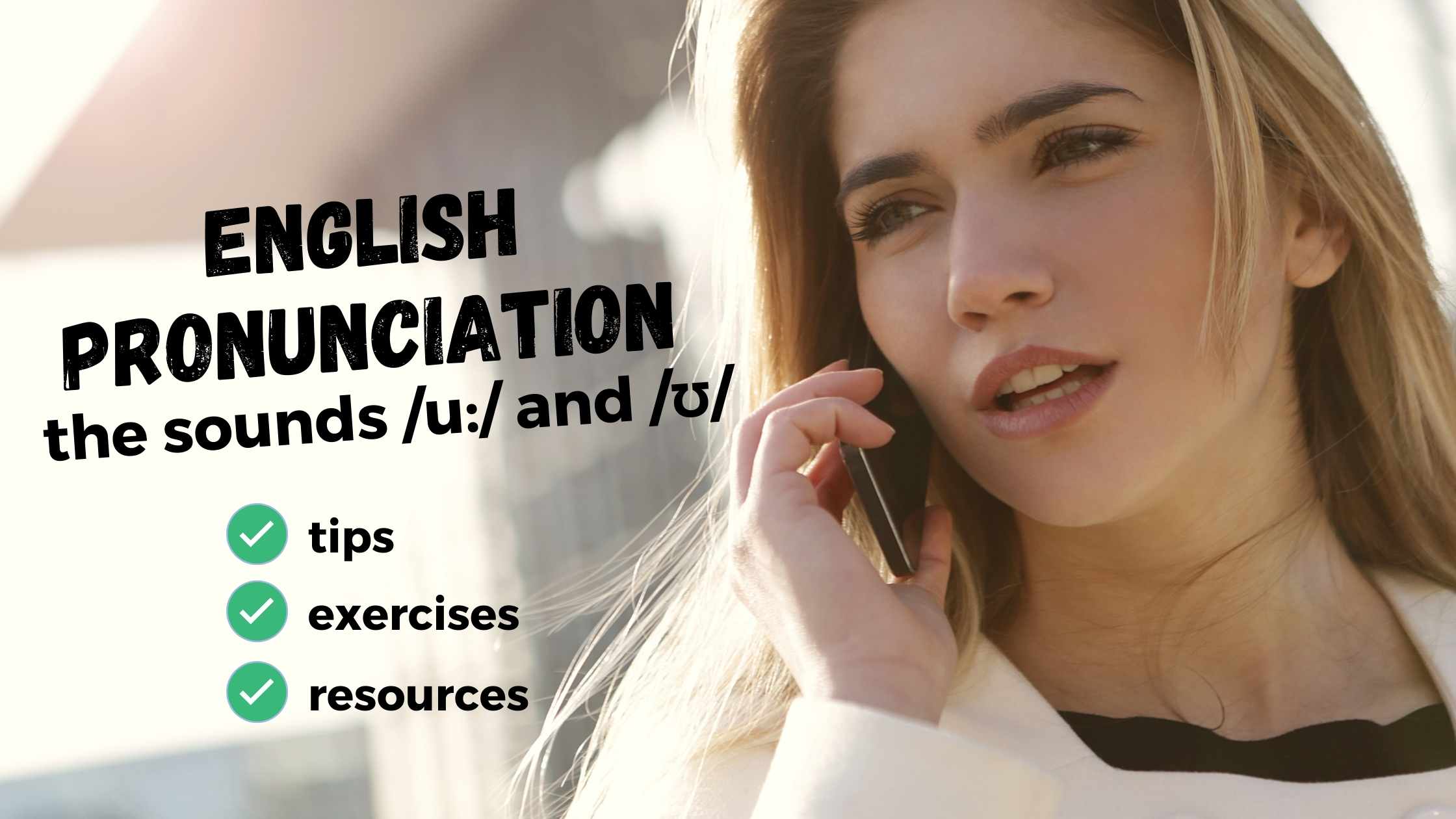 Recap: the basics of English pronunciation

Do you still have questions about letters and sounds in English? We’ve got you covered! Read more about the basics English pronunciation, plus get some free practice exercises!

How to pronounce the long vowel sound /u:/

Other spelling of this sound can be found in words like: two, fruit, and juice.

How to say the short vowel sound /ʊ/ in English

We make this short sound in some words with the spellings “u”, “oo”, and “ou” in them. Here are a few examples:

Great online resources to help you pronounce any word

Whenever you are not sure about a word’s pronunciation, you can use a few resources to figure it out. First, you can type “pronunciation English [the word you want]” into Google and the first result that appears is the pronunciation of that word for you to hear. You can even choose to hear it the American way or the British way. It’s also possible to hear it slowly, which can definitely help you learn how to pronounce the word.

Another resource is YouTube. And that’s good for anything, really. Recently, I wanted to know how to pronounce the last name of a person I was going to have a meeting with. It was the first time we talked and I wanted to get her last name right. So, I searched on YouTube and found an interview with a person that had the same last name!

The best way to learn the “u” sound in English is by practicing! So take a look at these three exercises and see what you’ve learned so far.

Pronounciation exercise 1 – What “u” soun do you hear?

Exercise 2 – Speaking practice with “u”

Pronunciation exercise 3 – Drop the words in the correct box

First things first: you don’t have to pronounce all the words perfectly in order to be understood. We truly hope this blog post has been helpful to you, though. Practice this sound, as well as the other vowel sounds, and your pronunciation in English will eventually improve. Happy practicing!