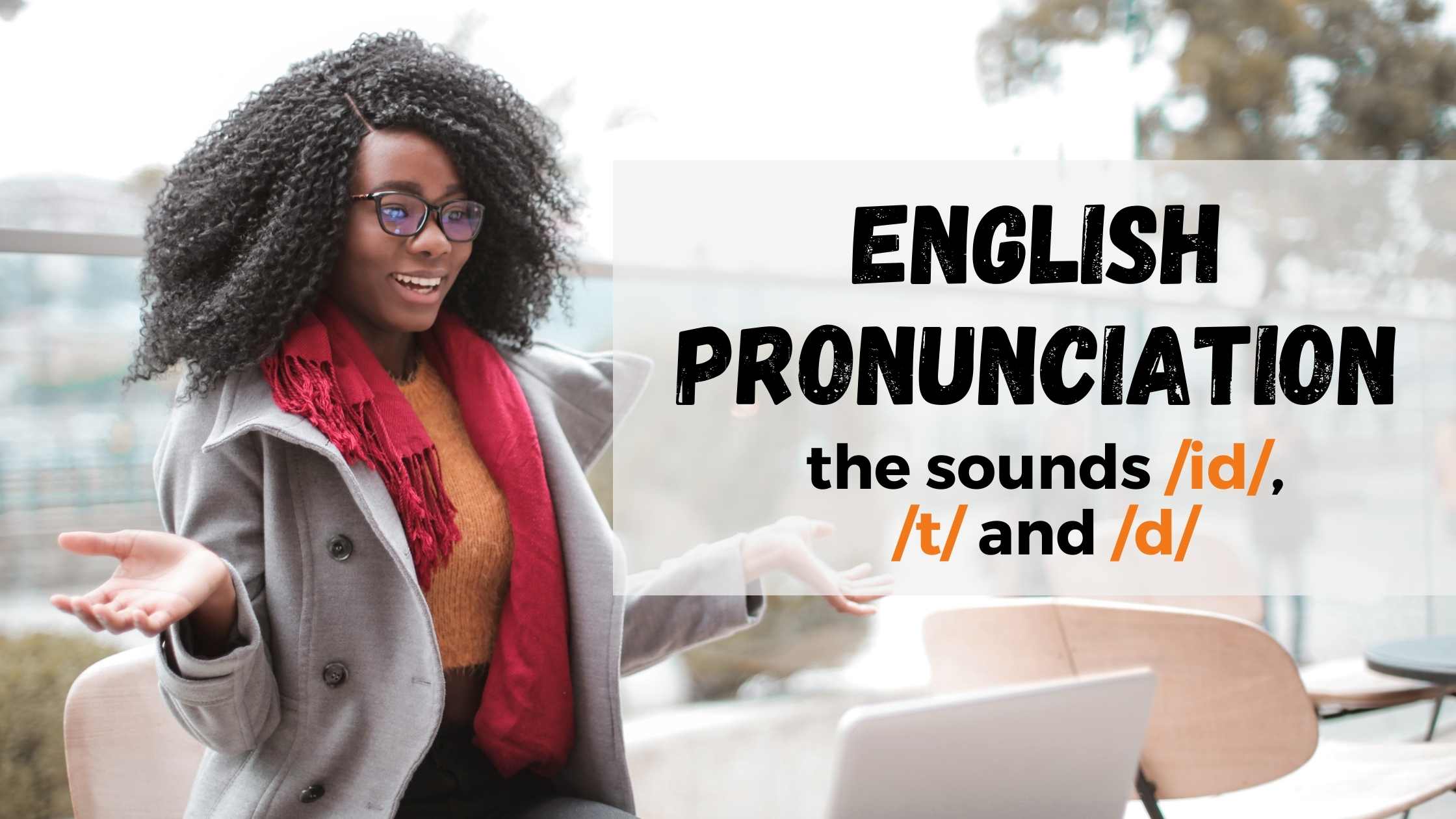 Whenever we use the past tense in English, we need to make the -ed sound. This can be a tricky sound for any non-native English speakers, since there are three different ways to pronounce it. I know I have struggled with making this sound for a long time, but I can guarantee you this blog post will help you understand more about the pronunciation of this important sound in the English language. Keep reading for ultimate tips and exercises!

The -ed sound is commonly heard when we talk about the past. In order to make a sentence in the past, we need to change the verb to its past form.

For the regular verbs, such as cook, clean, wash, like, and stop, here are the rules you need to follow. The general rule is to add -ed to the base form of the verb. Examples: watched, played, cleaned.

If the base form of the verb ends in -e, such as like and arrive, we need to add -d to the verb in order to make the past. Examples: liked, arrived.

For verbs which end in consonant +y, such as try and study, we need to drop the -y and add -ied to the base form of the verb. Examples: studied, tried.

For verbs which end in CVC (consonant-verb-consonant), we need to add -ed to the base form of the verb. Examples: stopped, robbed.

Besides the past form of the verbs, we also hear the -ed sound in English in some adjectives, such as tired, excited, relaxed, and embarrassed.

How do we pronounce the “ed” sound?

Let’s use an example to explain this. Take the word wanted, for instance. Wanted is the past form of the verb want. Want ends with the letter -t, so the -ed is pronounced as a separate syllable. This syllable has an /id/ sound, similar to the sound we make when saying the word kid.

Here are some other examples of words that end with -t and their past forms, to which we need to add -ed:

Now, let’s take a look at some words which end in -d:

Listen to the pronunciation of the words above:

For all other words, the -ed is pronounced as -d. Check out some examples below:

Drag and drop the words into the correct boxes.

Exercise 2 – Which sound do you hear?

Listen to the words and choose the correct option.

To do this activity, you must use the Google Chrome web browser. You also must give permission to use your microphone.

For more pronunciation tips, make sure to read the blog post we have published on the “i” sound, the “u” sound, and general English pronunciation tips. You can also watch this video for more tips on how to pronounce the -ed sound in English. Happy studying!