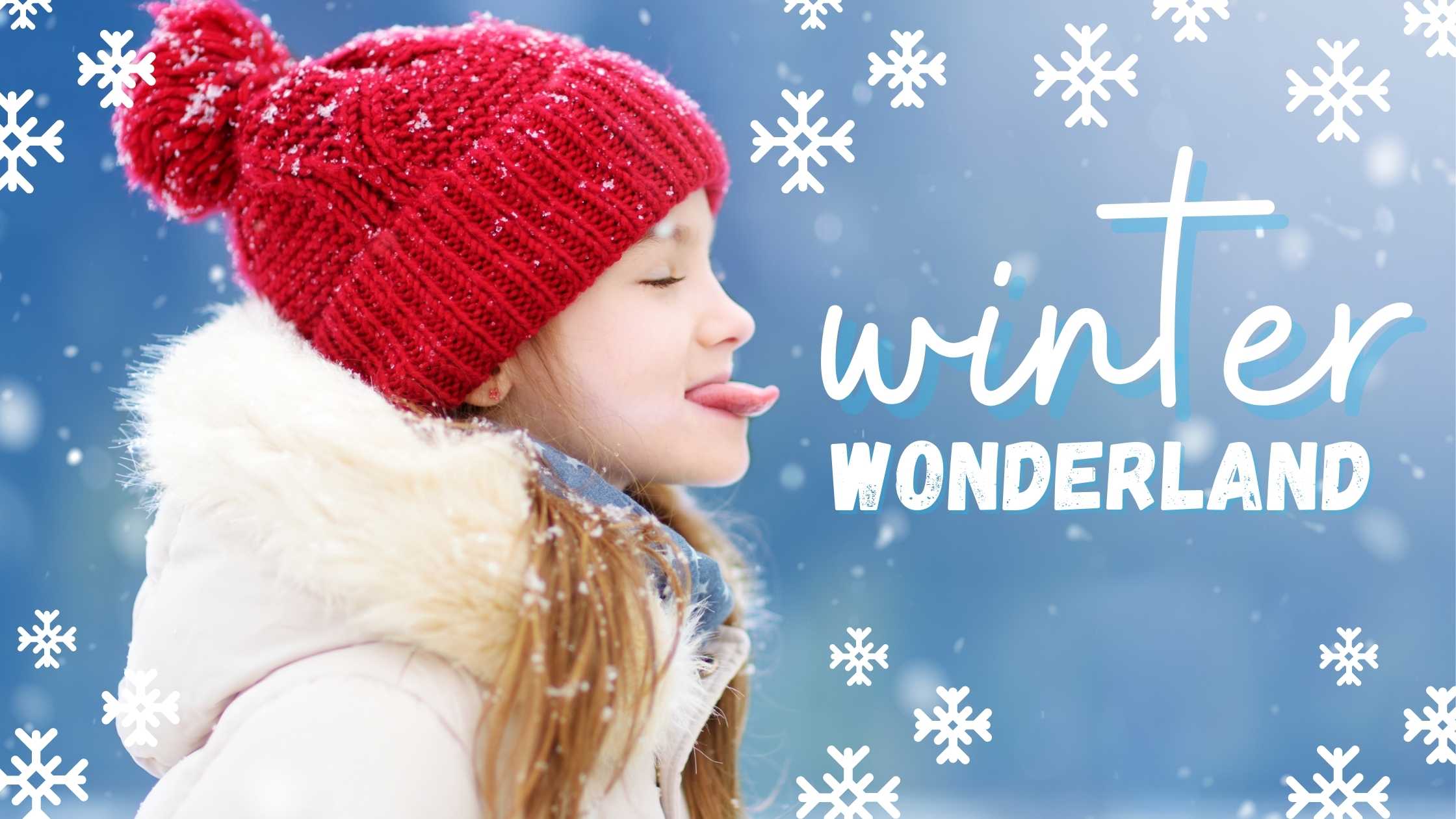 If you live anywhere in the Northern hemisphere, the coldest time of the year is right on the corner. Winter begins on December 21, 2020, and ends on March 20, 2021. If you live in the Southern hemisphere, just as I do, you are getting ready to spend days on the beach drinking lots of coconut water since it will be summer in no time. Today we will go over winter vocabulary in English. We will explore vocabulary for winter weather conditions, winter clothes names with pictures, winter activities examples, and even a great list of movies you can watch on a snow day. Get your cup of hot cocoa and keep reading!

During the winter, the sun is lowest in the sky, which makes for short days and longer nights. Because of the lower temperatures, people need to wear many layers of clothing to protect themselves from the freezing temperatures. There are some activities that we only do in the winter, like: skiing, snowboarding, playing hockey, and going ice skating. Those activities are possible because of ice and snow. Let’s take a look at some winter vocabulary in English.

Winter is the coldest season of the year. However, temperatures vary according to the city you are in. The coldest city in the United States, for instance, is Fairbanks, located in the state of Alaska. The average temperature there is -16.9F (-27C) during the wintertime. On the other hand, the city of Miami, in Florida, is the warmest city in the USA during the winter. The average temperature there between December and March is 66F (19C).

Besides the cold temperatures, the snow, and the ice, there are other weather conditions we think about when talking about winter. A blizzard is a very heavy snowstorm with strong winds. If a blizzard reduces visibility to near zero we can say it’s a whiteout. That’s very common in polar regions. Powder snow is how we call fresh snow. Now, let’s talk about the ice storm. We call an ice storm the type of storm in which frozen rain falls and covers everything with ice.

Since we are talking about ice, you should know that ice can be very dangerous. Black ice is the name we give to the type of thin ice that forms on roads and cannot be seen by a driver. Black ice is the cause of many accidents, which normally involve multiple vehicles and some bad injuries.

Ice can also be dangerous if you are a pedestrian. It is very easy to slip and fall if you’re not paying attention to the path you are walking or if you are not wearing good snow boots. I had a slip and fall on ice back in January and I can tell you it can be very painful — I had to wear a boot for 6 weeks because I fractured my ankle. The bottom line is: please, be careful with ice (especially if you are not used to it, like me).

When there is heavy snowfall, it is common to be snowed in. We use this phrasal verb when we are unable to leave (the house, the car, etc) because of too much snow. In order to remove the snow, we must use an object called a snow shovel. The act of using a snow shovel is known as snow shoveling.

People who live in places where it snows often always keep a snow shovel and an ice scraper in their cars. An ice scraper is used to scrape ice or snow off the car windshield. Since we are talking about cars, it is also common to use winter tires in the car during the coldest season of the year. Winter tires, also called snow tires, increase traction, which makes it safer to drive in winter weather.

When it is cold outside, people must wear specific clothes to protect themselves. We can call these cold weather essentials. Let’s go over winter wear clothes names. The best way to stay warm is by dressing in layers. For the base layer, you will want to wear long underwear. Some people also called them ‘long johns’ or ‘thermals’. A second layer usually consists of fleece pants and sweaters and/or a puffy jacket. Your outer layer should be a waterproof jacket.

For your upper body, you may also wear coats and hoodies, as well as long-sleeve tops. In terms of accessories, you should have a pair of gloves or mittens. The difference between them is that gloves have coverings for all fingers separately while mittens have one covering for all fingers and a covering for the thumb only. You can also protect your head by wearing a beanie or a hat. In order to avoid ice burns on your face, you can wear a face mask. Your ears can be protected by earmuffs, and you can wear scarves or neck warmers to keep your neck warm.

Oh, and don’t forget about your feet! It is a good idea to buy a good pair of thick socks. Keeping your hands and feet warm is easy if you buy hand warmers and feet warmers to put inside your gloves and socks. These little things are single-use air-activated heat packs — and they work pretty well!

A good way to keep yourself warm during the winter is by practicing some winter sports. The most famous winter sports are skiing and snowboarding. People all around the world travel to the mountains to practice those sports. In order to ski, you need some special equipment: a pair of skis, a pair of ski poles, ski boots, a helmet, goggles. If you prefer snowboarding, you will need a snowboard, snowboard boots, a helmet, goggles.

If you are not very adventurous, you can try ice skating! You need a pair of skates and a lot of balance if you decide to do that. Be prepared to fall on your bum a few times!

Besides those sports, one can also go tubing or sledding for some snow day fun! Tubing is an activity where a person rides on a large inflated tube across snow. Sledding is the name we give to the activity where someone slides downhill on a sled. I have tried both and they are lots of fun!

If this all seems too extreme, there are two other winter activities you can easily do in your backyard: having a snowball fight and building a snowman.

4 movies to watch on a snow day

A snow day is a name we give to a day on which public schools or other institutions are closed due to heavy snow. On a snow day, one of the best things you can do is make yourself a cup of hot cocoa and snuggle on the couch to watch a movie. Here are the best feel-good movies about winter that you can watch (and learn some winter vocabulary in English while watching it):

Released in 2013, Frozen is one of the greatest movies Disney has ever made. The movie tells the story of a princess who goes on a journey with an iceman, a reindeer and a snowman in order to find her sister. Frozen won two Oscars, including Best Original Song.

Set in Antarctica, the movie follows the story of Mumble, a penguin who cannot sing but has a great talent for tap-dancing.

The movie tells the story of a young boy who goes board a train to the North Pole on Christmas Eve. Tom Hanks is the voice of the conductor of the train.

The only non-animated movie on this list, Cool Runnings is based on a true story about four Jamaican athletes who form Jamaica’s first bobsled team to enter the Olympics. I remember watching this movie when I was 10 years old. It’s a must-watch!

Now you can talk about the winter in English! Winter is my favorite season — even though I was born and raised in a tropical paradise. What about you? Do you like the winter? Tell us in the comment section down below! Stay warm and study winter vocabulary in English!