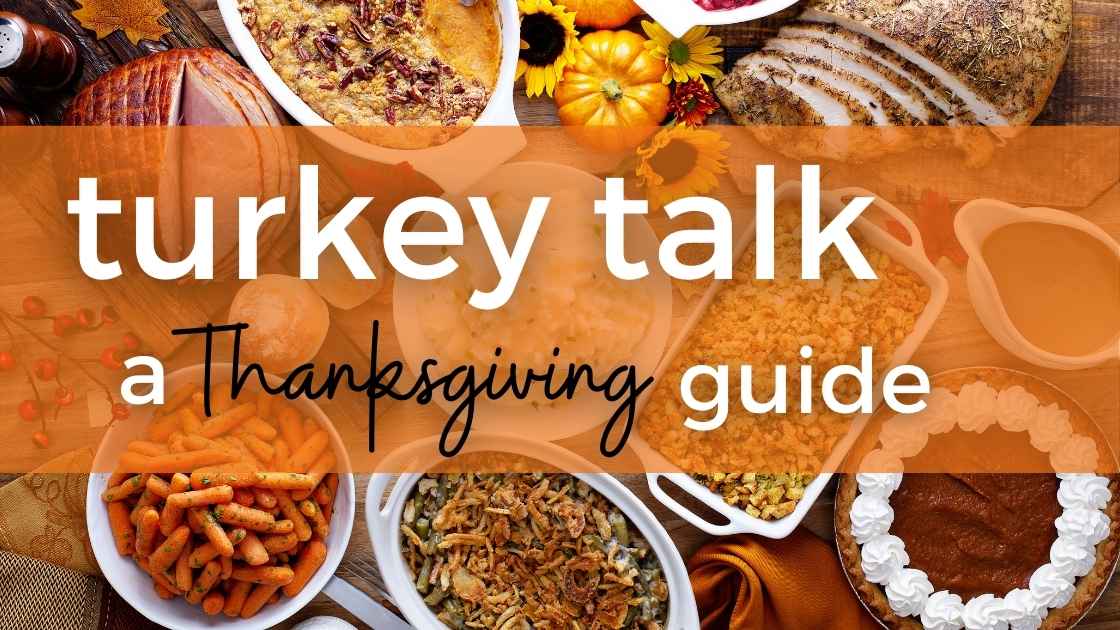 What will you be doing next Thursday, November 26th? For some, it may be just another Thursday. But for Americans, it’s Thanksgiving. This means they will be having dinner with friends or family and they will be eating roast turkey, stuffing, and pumpkin pie (among many other dishes, because Thanksgiving Day is all about the food). In this post, you’ll learn about the origins of this popular American holiday, as well as explore the food and the traditions regarding this day. Keep reading for some Thanksgiving English vocabulary.

There are many theories about the origins of this holiday. One of the most popular versions is that it all began in 1621 when Pilgrim settlers from England decided to invite Native Americans to dinner. The Pilgrims were a group of English people who went to America seeking religious freedom. They first moved to the Netherlands, but later left that country to establish a colony in the United States. The Pilgrims crossed the Atlantic on the ship known as the Mayflower and they arrived in the USA in September 1620. They established a colony at Plymouth, Massachusetts, but they faced many hardships since winter was approaching. Many of them died in the first cold months.

According to the story, the Pilgrims started to plant crops as soon as spring came. Summer ended and they were able to harvest a good amount of corn and barley, which would make them last through winter. To celebrate the harvest, they decided to have a special dinner. Some members of a Native American tribe were invited to the dinner party and that celebration lasted three days. That event is known as the “First Thanksgiving”.

Side note: In the United States, there are multiple terms to describe the indigenous people who lived on that land before the English, Spanish and French colonizers arrived. The best term to use is Native American or indigenous people. However, Christopher Columbus popularized the term “Indian”, and some people still use this. It is not accurate, and you should not use the term “Indian” for a Native American.

More than Pilgrims and Indians

However, for some historians, the origins of Thanksgiving are way more complex than just the seemingly cheerful story about “Pilgrims and Indians”.

In 1789, President George Washington signed the National Thanksgiving Proclamation, which is the first formal proclamation of Thanksgiving in the USA. In his text, the president says that this day would be devoted to thanking God for “His kind care and protection” and “in general for all the great and various favors which He hath been pleased to confer upon us”. Nothing about “Pilgrims and Indians” here.

However, the national holiday was created only in the middle of the American Civil War, by President Abraham Lincoln. Lincoln decided to do so after a series of editorials written by writer Sarah Josepha Hale. In 1863, he declared the last Thursday in November a national holiday of Thanksgiving. Since the United States was in the middle of a civil war, he thought a holiday would be good to celebrate national unity. Again, nothing about “Pilgrims and Indians” here.

Thanksgiving around the world

Even though nobody is as crazy about Thanksgiving as Americans are, there are other countries that also celebrate this holiday.

In Canada, the holiday happens every second Monday of October. It started back in 1879 and their traditions are very similar to the American ones, like eating turkey and watching a football match.  Germans celebrate what is called the Erntedankfest, which means “harvest festival of thanks”. This is a religious holiday, which means people carry fruits, grains and flowers to church in a procession.

Do you celebrate Thanksgiving in your country? If so, let us know in the comment section.

Let’s start with this impressive information: Americans eat more food on Thanksgiving than on any other day of the year. Yeah, that’s a lot of food.  Let’s explore some Thanksgiving food words.

The menu is pretty much the same in all American households. In the center of the dinner table, it is common to have roast turkey. Besides the turkey, it is common to serve some side dishes. Keep reading for more Thanksgiving vocabulary.

The sides can vary from mashed potatoes and gravy, stuffing (a mix of celery, onions, and bread), green bean casserole (green beans, cream of mushroom soup, and french fried onions), and cranberry sauce. For dessert, some people may serve pumpkin pie or pecan pie.

It is common to begin the Thanksgiving dinner by saying grace, which is a prayer. Some families also have the tradition of saying thanks. ‘To say thanks’ and ‘to say grace’ are two of the most important Thanksgiving verbs. Family members go around the table saying what they are grateful for.

Even if you don’t celebrate Thanksgiving in your country, it’s possible to cook classic American Thanksgiving food at home if you want to taste what a Thanksgiving dinner would be like. Most recipes can be found online and the ingredients are common all around the world. Let us know in the comment section if you have decided to cook a Thanksgiving meal for your family!

Besides having dinner with family (or friends, which means you are having a ‘friendsgiving’), there are other traditions people do on Thanksgiving Day. For those who live in New York City, attending the Macy’s Thanksgiving Day Parade is a popular tradition. People all around the country also watch it on television. The parade, which is the world’s largest parade, started in 1924. Presented by Macy’s department store, the parade happens in Manhattan. Since 1985, giant balloons of pop-culture characters have been a big part of the parade. In 2020, because of the pandemic, the parade will be a television-only presentation.

The Turkey Pardon is also a popular Thanksgiving tradition. Approximately 46 million turkeys are killed for the holiday. The pardoning of the turkey is when the president of the United States pardons one turkey, which is then sent to an animal sanctuary known as the “Gobbler’s Rest”. This is a very popular and comical event. Watch the video below for a guaranteed laugh.

Black Friday is what we call the Friday after Thanksgiving. It is the busiest shopping day of the year in the United States. The explanation for the name ‘Black Friday’ is that it marks the season where the retailers go from being “in the red” to being “in the black”, which means they are making profit.

I found out about Thanksgiving by watching movies. I clearly remember asking my mom if we could celebrate Thanksgiving Day at my house. She knew little to nothing about the holiday and I couldn’t understand why she said it didn’t make sense to celebrate it. “It’s an American holiday. We don’t do this here,” she would say. Looking back, I think that roast turkey and pumpkin pie don’t really go along with the beginning of summer and the usual 35-degree weather we get in Brazil at the end of November. Anyways, since I didn’t celebrate it at home, my personal Thanksgiving tradition was (and still is) watching movies related to the holiday.

Check out this list of great Thanksgiving movies to watch on November 26th.

This comedy movie with Steve Martin and John Candy tells the story of two men who are trying to get home in time for Thanksgiving. It’s a must-watch!

Follow Lucy, Charlie Brown, Snoopy and the other characters of the comic strip Peanuts as they decide what they will do for Thanksgiving dinner. It’s great to watch with kids, also!

This is one of my favorites movies ever. I love how it explores holidays, such as Halloween, Christmas, and Thanksgiving. I love the scene where they attend a Thanksgiving play at the school. Julia Roberts and Susan Sarandon are the stars of this movie. Be prepared for some crying.

We know this is a Christmas movie, but it is also one of the few that showcases the Macy’s Thanksgiving Day Parade. The movie actually starts with the balloons floating through New York City. It is worth watching just for that scene, but the movie is great, especially if you love Christmas movies.

Now you know why Thanksgiving is so popular in the United States. If you feel inspired, maybe you can do some cooking for your family, or you can just plan a movie night. No matter how you decide to celebrate this November 26th, remember to be thankful for what you have. We hope this Thanksgiving English vocabulary is helpful. Happy Thanksgiving!