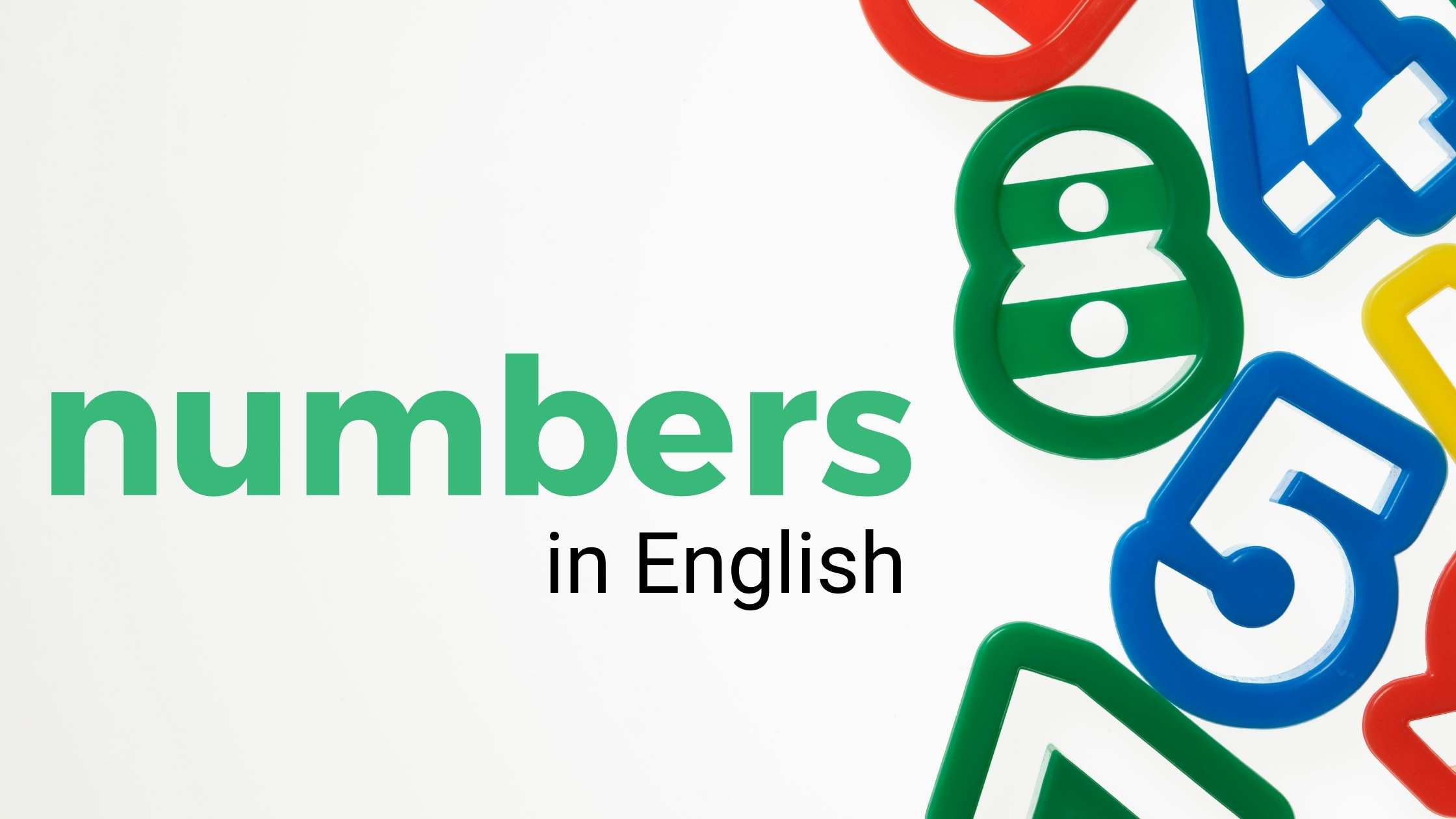 Did you know there are 525,600 minutes in one year? And, better yet, can you say the number 525,600 in English? The key to saying numbers fluently in English is practicing and learning about the different ways we count. This post includes information about all types of numbers that are the most difficult for English speakers. And we won’t leave you hanging – 525,600 is five hundred twenty-five thousand, six hundred.

We use numbers every day: to give out personal information, to negotiate prices, or to talk about dates and times. The numbers in English are fairly easy to learn, but many people get confused by higher numbers, like those in the hundreds and thousands. Let’s start with reviewing the basics of whole numbers. Later, you’ll learn special terms for zero, fractions, percentages, years, prices, and math symbols. Finally, don’t forget to play the number games and do the interactive exercises to practice using the information you learned from this post.

The basics about numbers in English

The table below has numbers from 0 to 100, plus some other large numbers. Refer to this table whenever you forget how to say a specific number.

So, do you know how to say the number 0? If you think zero is the only way, keep reading! The first method is the most literal: zero. We say zero whenever we talk about the number itself or when reading percentages and decimals.

Another pronunciation is /oh/, like the letter “o”. This is often used to say phone numbers, years, addresses, temperatures, and times.

There are other two ways of pronouncing the number 0: nil and nought. Nil is used when reporting sports scores. For instance: Brazil sent Mexico home after a 2-nil victory. Nought is a British English word. It is used instead of zero in several formal ways.

How to say fractions in English

A fraction is a way to talk about part of a whole. The classic example of a fraction is with a pizza. If your whole pizza has eight pieces when you buy it, and only three pieces after dinner, you can use a fraction to describe this situation. The whole pizza is 8/8 pieces. For dinner, you ate 5/8 of the pizza. Let’s see the rules to say fractions in English correctly.

The numerator (top number) will also be a cardinal expression like one, two, three, four, etc. The denominator (bottom number) depends on the fraction.

If the denominator ends with 3 or higher, use the ordinal number expression (third, fourth, fifth, sixth, seventh, eighth, and so on). You can also use the word “quarter” to describe fourths.

The final rule about denominators is that if the numerator is plural (two or higher), you must add an “s” to the denominator.

Here are some more examples of how to read fractions:

If you thought fractions were hard, we have good news! Percentages in English are pretty easy. You can always use these in place of fractions if you want to. These are quite common in our daily lives and the rule for saying them aloud is simple: say the number and then the word percent. Check out some examples:

How to say prices in English

For prices, you should say the number first and then the name of the currency. Here are a few examples for you:

Did you notice the two options to say $1,500? The first option was one thousand five hundred dollars. The second option of fifteen hundred dollars is an informal way to say numbers between 1,100 and 9,900. You can say the first two digits plus the word “hundred”. Personally, I think it is easier this way. However, it can take a while to get used to saying it like that. Here are some more examples:

We use the word “cent” to talk about any amount below $1. Here are some examples:

We use coins to pay for cents. These are the names of coins in the USA:

Do you want to talk about money with more phrases and vocabulary? Read about some of the most popular money idioms in English.

How to say years in English

A common type of big number you should learn to say is the year. Think about it, can you say these years aloud correctly?

To express the year, the best rule is to separate the digits. For example, with the year 1911, you say “nineteen” first and then “eleven”. Here are some more examples:

Here is a chart for you to learn how to read the most used math symbols aloud:

For more math symbols, make sure to check out this website.

Now let’s put all this knowledge into practice. Check out these exercises below:

This exercise is a great chance to practice pronunciation and remember the meaning of English numbers. This speaking activity is only available with the Chrome browser. For best results, speak clearly and use a good microphone.