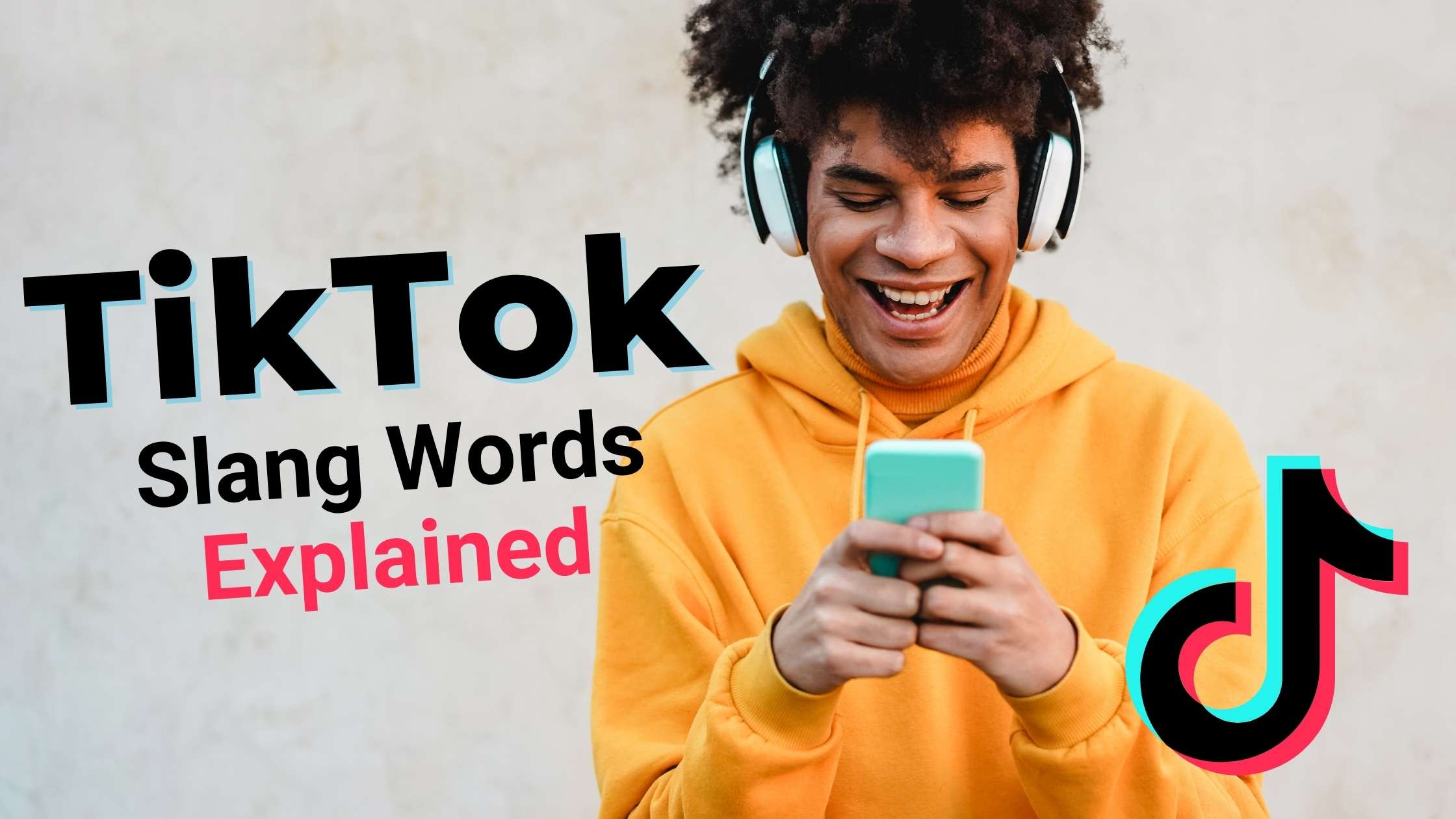 If you recognize this sentence, you probably watch TikTok videos on a regular basis. Even though I’m located in Brazil and watch lots of videos by Brazilian creators, many English videos still pop up in my “For you” page. I can understand most of them, but I have to make a confession: every once in a while I need to google some TikTok slang in English to understand their meaning. And that’s not only because I’m not an English native speaker. Many slang terms used on TikTok are new to many Americans as well. The thing is: if you are a Boomer or a Millennial, you will struggle to keep up with all these new Gen Z slang words. Keep reading to learn all the latest trending slang words in English.

A quick scroll on TikTok and some terms start showing again and again. You may not know what they mean from the beginning, but you will eventually start using them as well. Creators come up with new slang words every day on TikTok. Let’s go over some of the most common ones rn (don’t know what “rn” means? Make sure to check the next section of this blog post).

Here we go, the top 15 TikTok words and phrases you should know in English. Each term has the meaning and several examples to help you understand them.

When someone says that someone is the CEO of (something), they mean that the person in question is considered the best at what they do. People sometimes use this ironically, but sometimes they actually mean it.

If somebody calls you extra, they mean that you are being over the top. People with dramatic behavior are often referred to as extra. It is often used with the word being, to refer to a current state of mind.

If something is considered fire it means it is very good. People usually use it on social media to describe things. You can also use the word lit to say something is cool.

This TikTok slang, fit, is just another word for outfit, which refers to the set of clothes somebody is wearing.

Okay, so this TikTok word did not originate on social media. It’s actually been around for a long time. Finna is the contracted form of “fixing to”. It’s commonly used in the south of the United States, it means getting ready to do something.

This TikTok slang word in English, flex, just means to brag about something that is good. It is often used with the expression “weird flex but ok” which refers to somebody who is showing off something considered irrelevant.

Have you heard this slang phrase on social media? It’s really popular. Glow up refers to when someone goes through an incredible transformation, usually in the puberty phase.

TikTok users and Youtubers use the word Karen a lot! It’s not talking about a name though. This slang word refers to a middle-aged woman, who is normally blonde and considers herself better than others. This is a pejorative slang term, and can often be about someone who does something racist.

“No cap” means “no lie”. Another expression for “seriously”.

If something or someone “slays” it means that they are doing a great job or that they are really cool. It is similar to “killed it”.

Now that we’ve covered the TikTok slang phrases and words, let’s look at some abbreviations. Ever see a few letters together and wonder what they mean? Take a look at 8 examples of words or expressions that are often used abbreviated on TikTok:

We hope this guide to TikTok slang in English is helpful to you! Tbh, these slang terms are becoming more and more common and it is important for you to study them. Fr. They may seem complicated at first, but eventually, you will be using them as well. No cap. If you want to know more about TikTok slangs, check out this piece. See you next time!