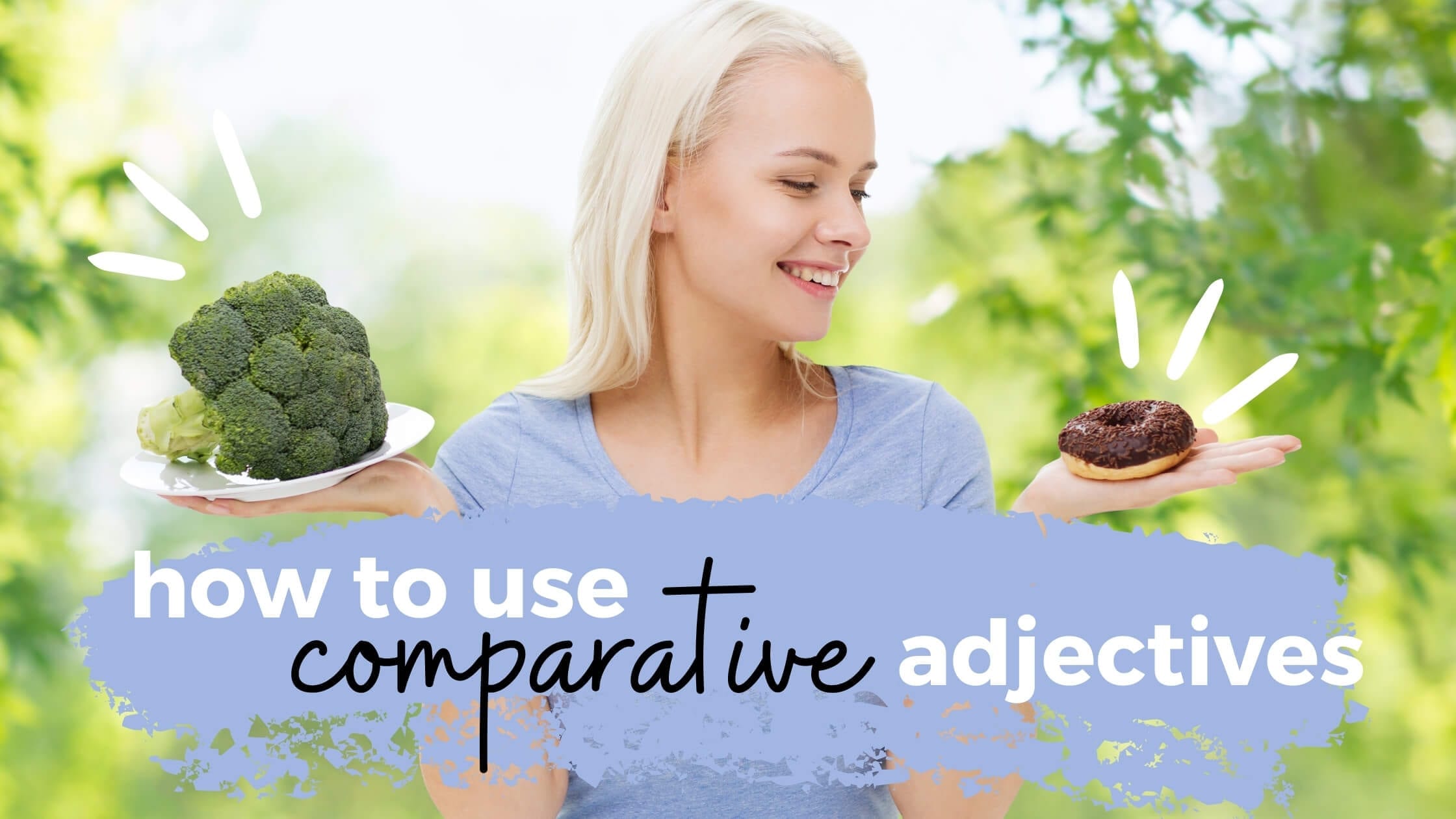 We are always comparing things. Food, cars, people, furniture… everything. Being able to consider the qualities of two things and form an opinion about them is one of the most important functions of language. To do this, you have to understand how to use adjectives. In this article, you can learn about adjectives and their comparative forms in English. You will also find a great list of rules for forming comparative adjectives correctly and some comparative exercises.

Before taking a look at the rules for comparing things, it is important to review adjectives and their purpose. Read the sentence below. Can you identify which word is the adjective?

India is a beautiful country.

If you said ‘beautiful’, you are correct! Beautiful is describing the country.

Adjectives are words we use to describe people or things. There are only two positions an adjective can take in a sentence. It can go before the noun which it modifies (‘beautiful country’) or after a linking verb. Linking verbs include: be, look, taste, feel, sound and smell. If the adjective comes after a verb, it is called a predicative adjective and it links the subject to the adjective. Below are a few examples (the verb is bold and the adjective is italic):

Look at some more sentences and think about their positions. Are they before a noun or after a linking verb? The adjectives are in italic:

The 25 most common adjectives in English

Adjectives are extremely important for English learners because they help you express your opinions and describe people, objects, and places. As we have mentioned before, they are also used when we need to make comparisons. There are several adjectives in the English language and you can always work on adding more and more adjectives to your vocabulary. However, there are 25 common adjectives that you must know! Let’s have a look at them below.

There are 5 rules when it comes to forming comparatives in English. They are easy to learn and you will be using them soon. But before taking a look at the rules, it is important to understand the structure of a comparative sentence. Let’s use the sentence below as an example.

We can combine these two sentences to compare Julia and her friend by height (the number of centimeters they measure).

Julia is taller than her friend.

You can use two adjectives in this situation, either tall or short because they are opposites. I chose to use ‘tall’ because it is a more common word. The sentence could just as easily be ‘Julia’s friend is shorter than her.’

If an adjective has one syllable, you need to add -er to the word to make it comparative.

A syllable is a voiced part of a word. For example, the word water has two syllables: wa-ter. The word drink has only one syllable. The word elephant has three syllables.

If you are unsure about how many syllables one adjective has, you can use the clap trick. It is very simple: clap every time you open your mouth while saying a word. You can also check a dictionary that will put small separators between each syllable.

Look at the examples below of adjectives, the comparative form and a sample sentence.

For adjectives ending in -y, we drop the -y and add -ier to the word. Take a look at some comparative adjective examples below:

If the adjective ends in “c-v-c” (consonant-vowel-consonant), we need to double the last consonant and add -er.

For words who have 2 or more syllables, we use the word ‘more’ to create the comparative. Here are some examples of comparative adjectives in use.

Yes, there are exceptions to the rules! We have to memorize the comparative form of these three adjectives. So really, it’s not so bad! Let’s have a look at the irregular comparative adjectives examples below.

In the cards below you will see questions related to seven topics. All the questions use the comparative form of the adjectives. It’s time to talk!