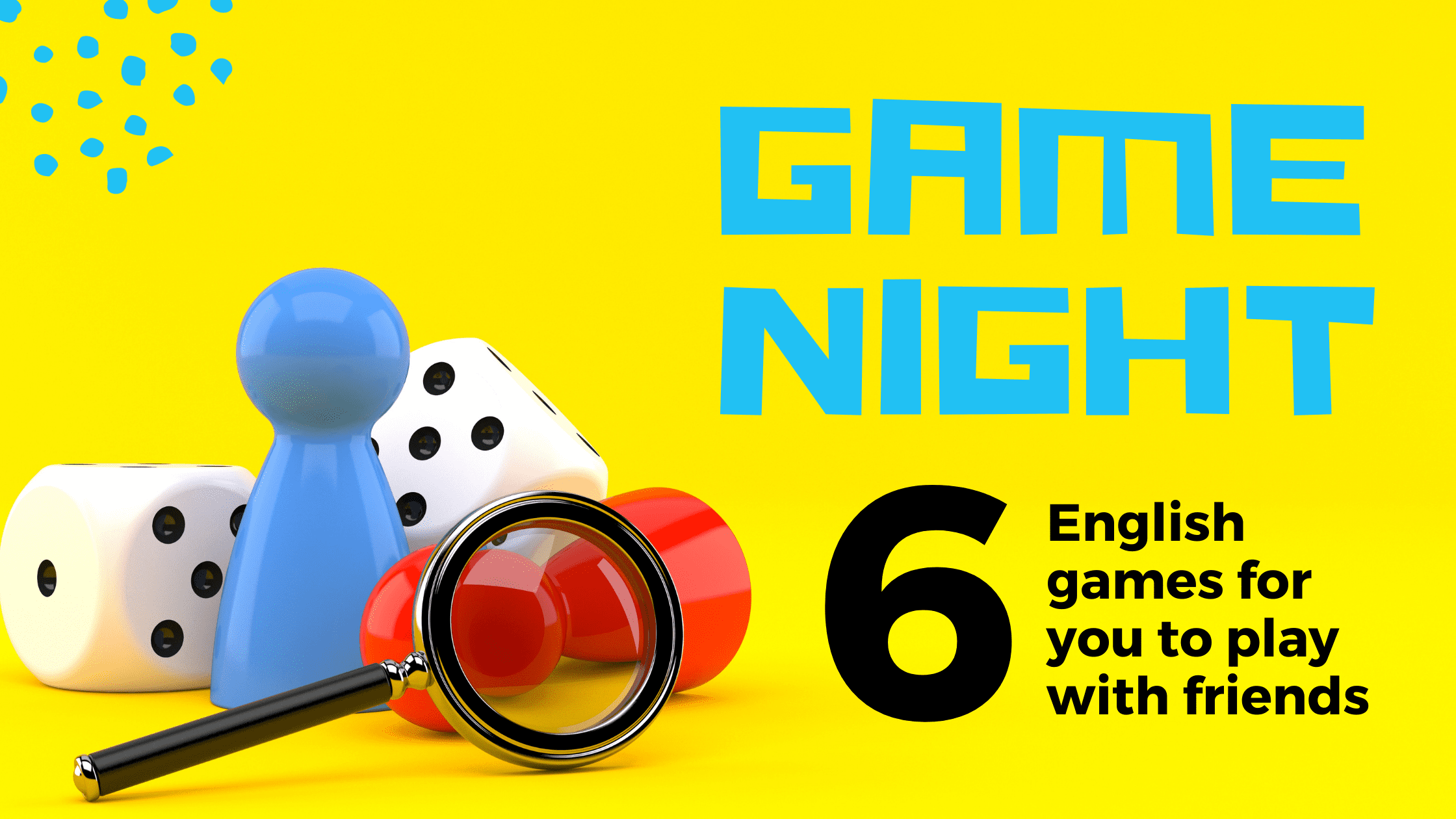 How do you practice English at home? Do you memorize tables of verbs and grammar rules? Maybe you make some flashcards? These strategies work well, don’t get me wrong, but have you ever invited some friends over to play ESL games? Well, if you haven’t, keep reading this blog post for six great, and even better, free, game ideas that you can play with your friends that also help you learn English. The good news is that you don’t need much more than some paper and pens in order to have fun!

Why games are an amazing learning tool

Before we dive in, let’s understand why you should play a few games here and there to your study routine. Researchers say that games help people develop skills like collaboration, problem-solving, communication, and experimentation, plus, people can explore their identities. Besides that, games help students stay motivated and engaged. Games also help us practice creativity, especially since we are talking about making our own ESL games, using only paper, pen, and other stationery supplies. Are you convinced that a game night is a good learning strategy? Let’s go ahead and learn more about each of the six games we will talk about today.

Although most of these games are intended to be played in person, you can easily adapt these to be video-call friendly so that we all stay safe during the Covid-19 pandemic. If you have any ideas about more games or ways to play these online, feel free to share in the comment section!

Some people also call this game telephone. First you need to line up the players. Then, the first one whispers a message to the next player, and so on. The idea here is to see if the last player will get the right message. If you have a large group of friends, you can divide the group into two groups. One person is responsible for whispering the same message for the first player of both groups. The team who gets the right message first wins.

This game can be played for all levels of English learners. You will practice English pronunciation and practice understanding messages in situations that happen in noisy places, for instance. It is also a good game to develop teamwork.

Want a twist? Check out the game called Telestrations. This fun party game is a mix of whispering and pictionary.

This is a good memory game. The first player will start by saying the following sentence:

Then, the person will add an item that you get at the market. For instance, one could say I went to the market and bought sugar. Now, the game starts. The next player will then repeat everything the first player said and add another item. We will then have something like I went to the market and bought sugar and flour. You probably know where this is going, right? The following players will keep adding items to the cart and the game ends when somebody isn’t able to remember all the items that were mentioned.

This is a good one for practicing English vocabulary and creativity. In this game, one player says a word. For instance, they could say sofa. Then, the next player will say something that is related to the first word. A good example is TV or cushions. This game can go on for a long time if all of the players get really creative. You should establish some rules in the beginning though, like if the words can be repeated or if the players need to explain the relationship between the words.

I used to play ESL games like this one all the time when I was a teenager. You only need a piece of paper and a pen or pencil. All players will write down some categories at the top of the sheet of paper. Some common categories are:

You can use these categories and even add some more, according to the group of people you are playing with. Now, you will choose a letter or use this website here to spin the wheel of letters. After you have chosen the first letter, you say Start! and everybody has to come up with one word that starts with the letter chosen for each category. For instance, let’s say we have the letter B. Someone could write down the following words:

The first one done says Stop! and everyone else needs to stop whatever they are doing. Now, it’s time to check everyone’s answers. If the word you chose wasn’t chosen by anybody else, you get 10 points. If other people also said banana, for instance, you each get 5 points. The winner is the one with the most points at the end of all rounds. You can do as many rounds as you want.

This Japanese game is another one of the great ESL games we can play with friends. You can arrange the chairs in a circle, so that everyone can see and hear each other. The first player will then say a word. Let’s pretend they said the word table. Then, the next player has to come up with a word that starts with the last letter of the word the previous player said. In this case, we need a word that starts with E. It’s a great game to build vocabulary!

For this one, you will need to write down some objects in tiny pieces of paper. Then, you can roll them and put them all inside a jar. The game goes like this:

This game is best for intermediate and advanced learners to practice English. If you are a beginning group, you can come up with a list of words at the beginning that everyone sees before playing. That way, you already have an idea of what to guess.

How to learn more English

These ESL games are a great way to start using games to practice English. You can play these and eventually create your own games! Have fun playing and let us know in the comment section if you have any other ideas for English games. Make sure to check the other blog posts we have with ideas to learn English, like this one about keeping a voice diary in English. Happy studying!